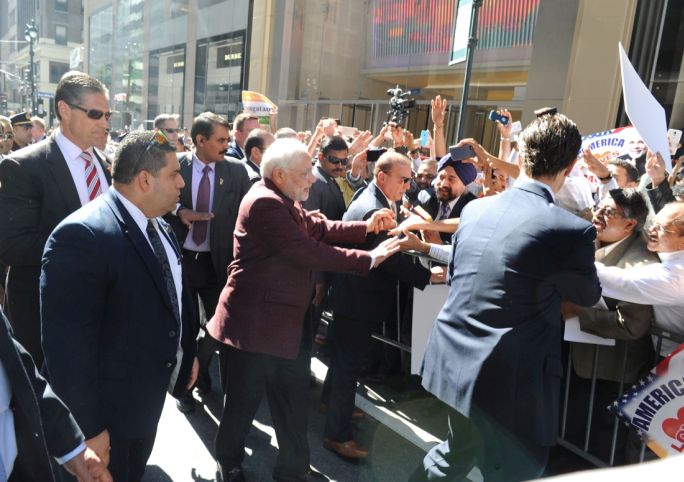 The Prime Minister, Shri Narendra Modi being greeted by the people, in New York, on September 26, 2014.

Modi said both at FB and SAP center that his government created 180 million bank accounts in 100 days which could not be done in 40 years.

He also said that people who are rich should surrender the gas cylinder subsidy. Those are the people who can afford to let go of these subsidies. Let’s increase the taxes on these people.

In another 2-3 years we will have data of all the details of various degrees of agricultural land which will help corporates to determine how they can profit from this. This data is got by the card issued by the govt which will tell the quality of the agriculture land.

Have you ever wondered where the Indian govt gets the 1000s of crores?

Having said that we have a PM who is brilliant in PR and convincing. He is somebody who we have not had in 20 years.