In 1958, the government was considering the annexation of Alaska and Hawaii to the 48 contiguous states. This ca 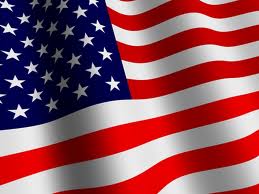 used high school junior Robert Heft to design a flag to accommodate the potential additions as part of a school project. His history teacher, Stanley Pratt, didn’t think much of the design and gave it a B-!! Heft decided to submit the

design to Congress and convinced Mr. Pratt to raise his grade if the flag was accepted. On August 21th of the following year, President Eisenhower selected Heft’s design out of 1,500 submissions and called him personally to give him the good news!

mbassies. It is the only flag in our history to have flown over the White House during the administrations of five different presidents!