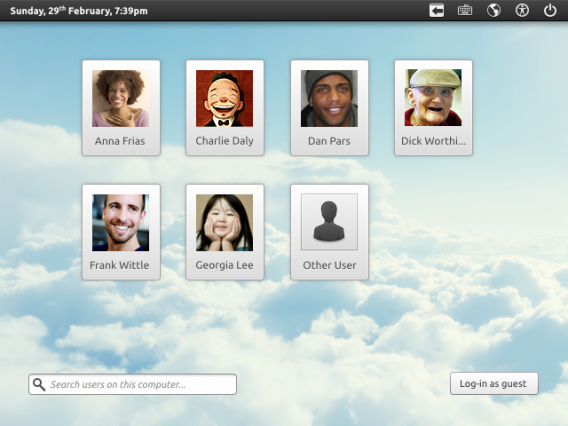 With Ubuntu 11.10 requiring a slick, ‘consumer orientated’ login experience that better matches the rest of Ubuntu, the decision to switch to ‘LightDM’ proved the ideal solution.

LightDM is promoted as fast, small, well documented, is easily themable and has ‘great accessibility’. A 3D-based interface will greet those with capable hardware, with a 2D version being used fallback where not supported.

The advantages of using LightDM instead GDM are according to launchpad blueprint:

Note: this blueprint is marked with a “low priority” tag on launchpad so it may not end up landing in 11.04.

Source is in Launchpad (bzr clone lp:lightdm) and tarball releases.

It had not worked for me though, I wonder why.  It might not work for those who have graphic card issues with GNOME 3.